Are monsters born or do we create them?

Film noir based on a true story of a legendary serial killer Petr Kuerten.

Between February 1929 and October 1931 Peter Kuerten has brutally murdered eight people and attacked many others. He has killed men, women, children and animals, anything that crossed his path. He has spread the same panic as once Jack the Ripper did in London. Now, this brutal sadist has voluntarily given himself to the police.

A young ambitious lawyer Justus Wehner is assigned to defend the killer. Wehner is certain that Kuerten suffers from a severe mental disorder and decides to prove Peter Kuerten is insane. The mind fight between the righteous lawyer and an intelligent monster begins.

The deeper Wehner sinks into Kuerten’s psyche the lesser control over the case he gains. Wehner also meets Kurten’s wife Marie, a lady with a dark past, who´s role in the case is more than mysterious. Kuerten and Marie start to feast on Wehner’s soul.

Wehner burns the bridges to his old life, almost kills one of his witnesses and finally forces Marie into suicide. In the final trial, Kuerten is claimed – Normal. Wehner loses the case as well as his innocence, believes and carrier. Peter Kurten is now to become the new Messiah of horror who will lead the people into a new age. Into an age of fascism when insanity will become normal for everyone. 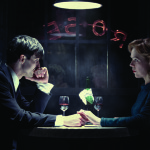 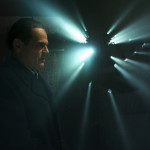 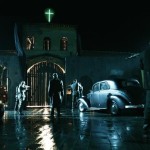 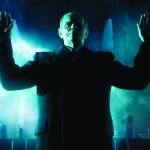